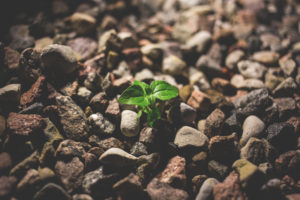 A research team from the Iowa State University led by Yanhai Yin, professor of genetics, developmental biology and cell biology recently published article in Nature Communications revealing genetic mechanism controlling plant development and response to drought. According to the researchers, the two processes are linked and often plants slow down their development to preserve energy and fight stress during drought. While this is a known fact, the genetic mechanisms regulating this interaction have not been sufficiently studied. The discovery of the group of prof. Yin is associated with the identification of two genes BES1 and RD26, which interact with each other during drought. BES1 is involved in the control of plant growth, the expression of which is influenced by brassinosteroid hormones. BES1 also affects the expression of a large number of other genes, which makes it an important factor in the regulation of gene expression. RD26 is expressed in the presence of drought. The authors demonstrated that BES1 and RD26 affect mutually their expression thus enabling a direct link between the processes of plant growth and response to drought to be established as they also specified the need to further investigate the mechanism of this interaction. The research was conducted using the model species Arabidopsis thaliana.