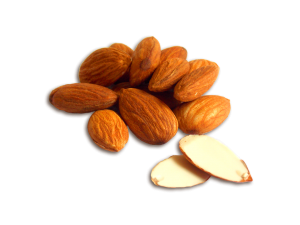 An international team of researchers from Spain, Switzerland, Denmark, and Italy has sequenced the first complete almond genome. The sequence represents almost 95 percent of the genes, or nearly 28,000 genes and roughly 246 million base pairs. The sequencing project sought to find the genetic differences between bitter and sweet almonds.

Almonds produced nowadays are sweet, tasty, and safe to eat, but they were not usually so. Years ago, almonds were bitter and poisonous. In early Greek writings, breeders inserted chunks of pine into the trunks of almond trees, resulting in sweeter fruit. It is now believed that doing so stressed the trees, preventing them from producing amygdalin, the toxin responsible for the bitter taste.

Over time, farmers bred domesticated almond trees to produce palatable seeds. The research reveals how a genetic mutation “turned off” almond’s ability to make the toxic compound thousands of years ago. Amygladin gives wild almond seeds bitterness and toxicity. When ingested, amygladin breaks down into several chemicals, including benzaldehyde, which tastes bitter, and cyanide, a deadly poison. The team found that the protein called bHLH2 in wild almond trees binds to two genes, instigating the production of amygdalin. In sweet domestic varieties, there is a mutated version of bHLH2 that is not able to bind with the genes, thus, production of amygdalin does not occur.