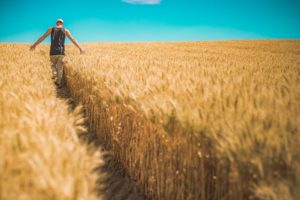 On January 18, 2018, Advocate General (AG) Michal Bobek of the Court of Justice of the EU (ECJ) published his advisory legal opinion addressing whether and how organisms resulting from several conventional and newer breeding techniques should be regulated under the EU’s genetically modified organism (GMO) law. In his analysis, the AG found that some conventional and New Plant Breeding Techniques (NBTs) that use mutagenesis can be GMOs, but can be exempted from the obligations set forth in the EU’s GMO law. The AG also advised that the EU Member States have some discretion legislating the use and release of organisms developed with these techniques. Finally he relayed that the mutagenesis exemption in the EU’s GMO law is consistent with the EU’s precautionary principle. The AG’s findings are non-binding and designed to inform the deliberations of the ECJ’s Grand Chamber of Judges, who will issue their opinion on this case in summer 2018.

The ECJ litigation (Case C-528/16 Confederation Paysanne and Others) stems from a 2014 case in France brought by nine non-governmental organizations on whether herbicide resistant rapeseed produced through mutagenesis is a GMO and should be regulated as such. The highest court in France, the Council of State, sought clarification on EU law to inform their determination. They posed four main questions to the ECJ summarized here: 1) are organisms resulting from classical mutagenesis and new breeding techniques (NBTs) using mutagenesis GMOs? 2) are organisms resulting from classical mutagenesis and NBTs exempt from the EU’s main GMO legislation (Directive 2001/18/EC)? 3) do Member States have discretion applying EU legislation for organisms developed with these breeding techniques? 4) and is “the mutagenesis exemption” included in the GMO law consistent with the EU’s precautionary principle? For further background information on the case see: Advisory Legal Opinion Expected for New Plant Breeding Techniques.

In the non-binding opinion, the AG advised that organisms derived from classical mutagenesis and NBT techniques using mutagenesis can be GMOs. Secondly, the AG relayed that organisms derived from classical mutagenesis can be exempt from the GMO legislation and some NBTs that use mutagenesis may also be exempt. Thirdly, EU Member States have some authority legislating with regard to organisms developed with said techniques. Finally, the GMO Directive’s mutagenesis exemption is consistent with the application of the precautionary principle. The AG’s opinions are given considerable weight, but the ECJ can accept, decline to follow, or follow them in part.

Seed companies, industry organizations, academic researchers, and governmental and non-governmental stakeholders continue to review the lengthy advisory opinion. Given the complexities of these technical issues, the various applications of NBTs, and the multi-step ECJ process, the regulatory fate of NBTs in the EU is far from clear. Despite lingering questions, many have expressed reserved optimism that the opinion helped put organisms bred with some applications of the newer genome editing techniques outside the time- and resource-intensive EU regulatory review process for GMOs. However there is also concern that the legal interpretation put forward by the AG opens the door to patchwork regulations by the 28 EU Member States.