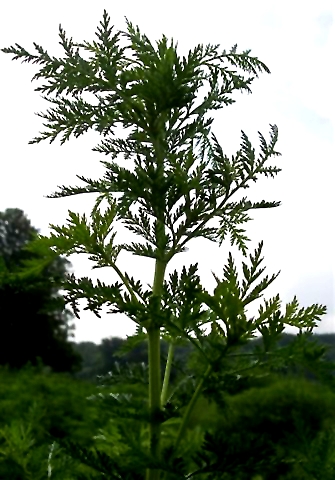 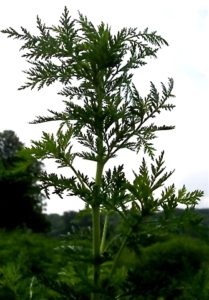 At the end of March, an international team of scientists, including researchers from the Center for Research in Agricultural Genomics, Barcelona, ​​Spain, Sequentia Biotech SL, Spain, Shanghai Jiao Tong University, China and the University of Linnaeus, Kalmar , Sweden, published an article in Plant Journal regarding the role of the AaMYB1 gene in the synthesis of artemisinin in wormwood (Artemisia annua), a herb used in traditional Chinese medicine. Artemisinin is a chemical compound (sesquiterpene lactone) which is used successfully for treatment for malaria. Unfortunately, artemisinin is synthesized only in small quantities in the trichomes of Artemisia annua, which substantially limits the opportunities for its production in great amounts and which poses the necessity to search for biotechnological approaches in order to increase its synthesis. The results of the study have shown that overexpression of the gene AaMYB1, encoding a transcription factor, in transgenic Artemisia annua plants, resulted in increase of the number of trichomes and the amount of synthesized artemisinin. The study demonstrates the possibility for application of genetic engineering as a means to overcome the limitations in the synthesis of valuable substances having medical applications available in small quantities in their natural plant sources.