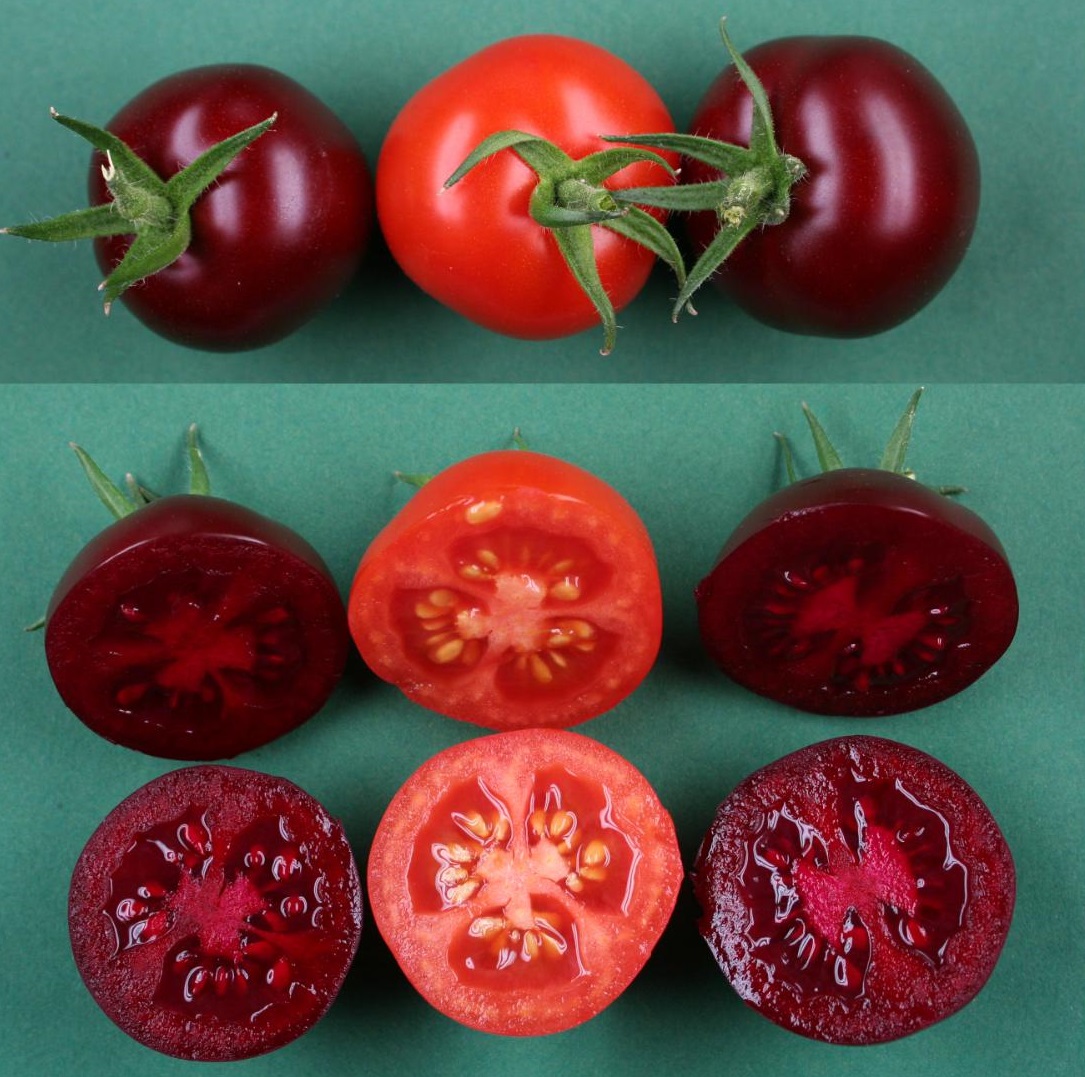 The scientists smuggled the genes for the biosynthesis of betanin into the plants and activated them in the ripening fruits. Betanin is not originally formed in tomatoes and comes from beetroot as a natural food coloring. Like many dyes, betanin has a strong antioxidant effect. The purple fruits produced could also serve as a source of betanin for food coloring. First attempts to color yogurt and lemonade with tomato betanin were promising.

The study is aimed towards further development of genetic engineering methods, which can be analyzed with the production of a clearly visible dye. In the case of betanin, planning and readjustment was carried out for a long time in order to achieve the desired synthesis performance in tomatoes. Scientists not only brought three biosynthesis genes required for betanin production into the tomato plants but also several genetic switches with which the genes introduced could only be activated in the fruit and all of them at the same time, exactly at ripening time. However, betanin production in the fruits was initially low and the research team had to introduce a fourth gene, that the biosynthesis of the dye could be sustainably increased. The result is deep purple tomatoes that contain even more betanin than beetroot.