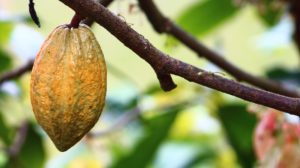 Use of the powerful gene-editing tool CRISPR-Cas9 could help to breed cacao trees that exhibit desirable traits such as enhanced resistance to diseases, according to Pennsylvania State plant scientists.

The cacao tree, which grows in tropical regions, produces the cocoa beans that are the raw material of chocolate. Reliable productivity from cacao plants is essential to the multibillion-dollar chocolate industry, the economies of producing countries and the livelihoods of millions of smallholder cacao farmers. Each year, infection of cacao by a variety of pathogens severely impacts global production with 20–30% of pods destroyed pre-harvest.

The researchers reported recently, in Frontiers in Plant Science, the study results, which were thought to be the first to demonstrate the feasibility of using cutting-edge CRISPR technology to improve Theobroma cacao.

CRISPR stands for clustered regularly interspaced short palindromic repeats. It is a way to modify an organism’s genome by precisely delivering a DNA-cutting enzyme, Cas9, to a targeted region of DNA. The resulting change can delete or replace specific DNA pieces, thereby promoting or disabling certain traits.

Previous work in cacao identified a gene, known as TcNPR3, that suppresses the plant’s disease response. The researchers hypothesized that using CRISPR-Cas9 to knock out this gene would result in enhanced disease resistance.
To test their hypothesis, they used Agrobacterium—a plant pathogen modified to remove its ability to cause disease—to introduce CRISPR-Cas9 components into detached cacao leaves. Subsequent analysis of treated tissue found deletions in 27 percent of TcNPR3 copies.
When infected with Phytopthera tropicalis, a naturally occurring pathogen of cacao and other plants, the treated leaves showed greater resistance to the disease. The results suggested that the mutation of only a fraction of the copies of the targeted gene may be sufficient to trigger downstream processes, resulting in systemic disease resistance in the plant.
The researchers also created CRISPR gene-edited cacao embryos, which they will grow into mature trees to test the effectiveness of this approach at a whole-plant level.
In addition to providing a new tool to accelerate breeding, CRISPR-Cas9 technology can help deliver insights into basic biology by offering a method to efficiently assess gene function, the researchers said.